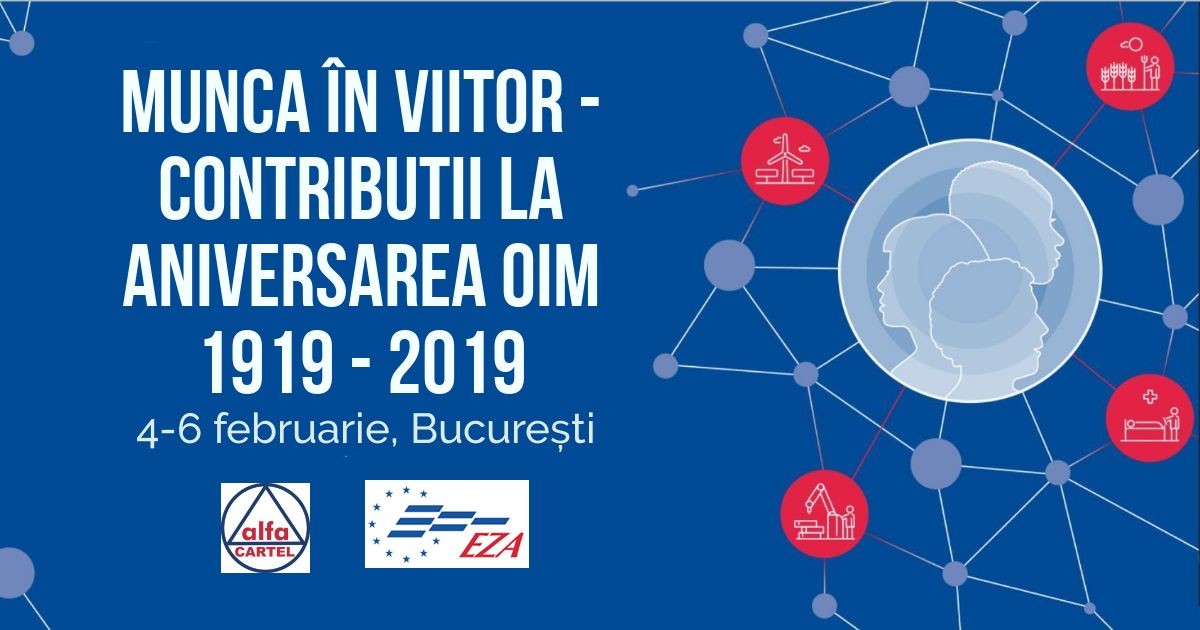 Yet none of this will happen by itself.  As was the case in 1919 when the ILO was founded, without decisive action we will be heading into a world that widens existing inequalities and uncertainties.

Forging a new path requires committed action on the part of governments, employers’ and workers’ organizations by reinvigorating the social contract.

The Global Commission on the Future of Work has undertaken an in-depth examination of the future of work. Its landmark report outlines the steps needed to achieve a future of work that provides decent and sustainable work opportunities for all.

The event in Bucharest gathers representatives of the academic world, trade union leaders, representatives of cults and international institutions who will debate on the challenges facing the world of work, the influence of political concepts and visions, the ethical dimension of work, decent work at the global level and the role of the Social Model European.

The event is organized in the context of the 100th anniversary of the International Labour Organization, in collaboration with EZA-European Center for Workers' Questions, with the financial support of the European Commission.