The new right-leaning coalition forming the government after the 6th December elections has swiftly announced and imposed austerity measures, in stark contrast to the promises of the electoral campaign, when every party made assurances that social rights will be respected and the legislation (providing scheduled increases for pensions and for wages of some categories of public personnel) would be enforced. The measures taken by the government disadvantage the workers and the more vulnerable categories of the population, while no plan to distribute equally and fairly the burden of the crisis is made.

NTUC Cartel ALFA has lauched a series of protest actions. In order to comply with the health security measures of this period, the actions will take place in stages and in cascade, during January and February and include street actions, demonstrations in front of public institutions, presidency, ministries, headquarters of government parties, memoirs, letters, petitions.

More specifically, the reasons behind this decision are:

Calendar: The actions have started on January 14 with a seven-day Caravan of Social Rights, travelling from the northern town of Baia Mare down to Bucharest and the main public institutions. The protests are sheduled in many cities and the capital until 24th of February. FULL CALENDAR  - PDF DOCUMENT

In times of pandemic or crisis,

We all have the same rights! 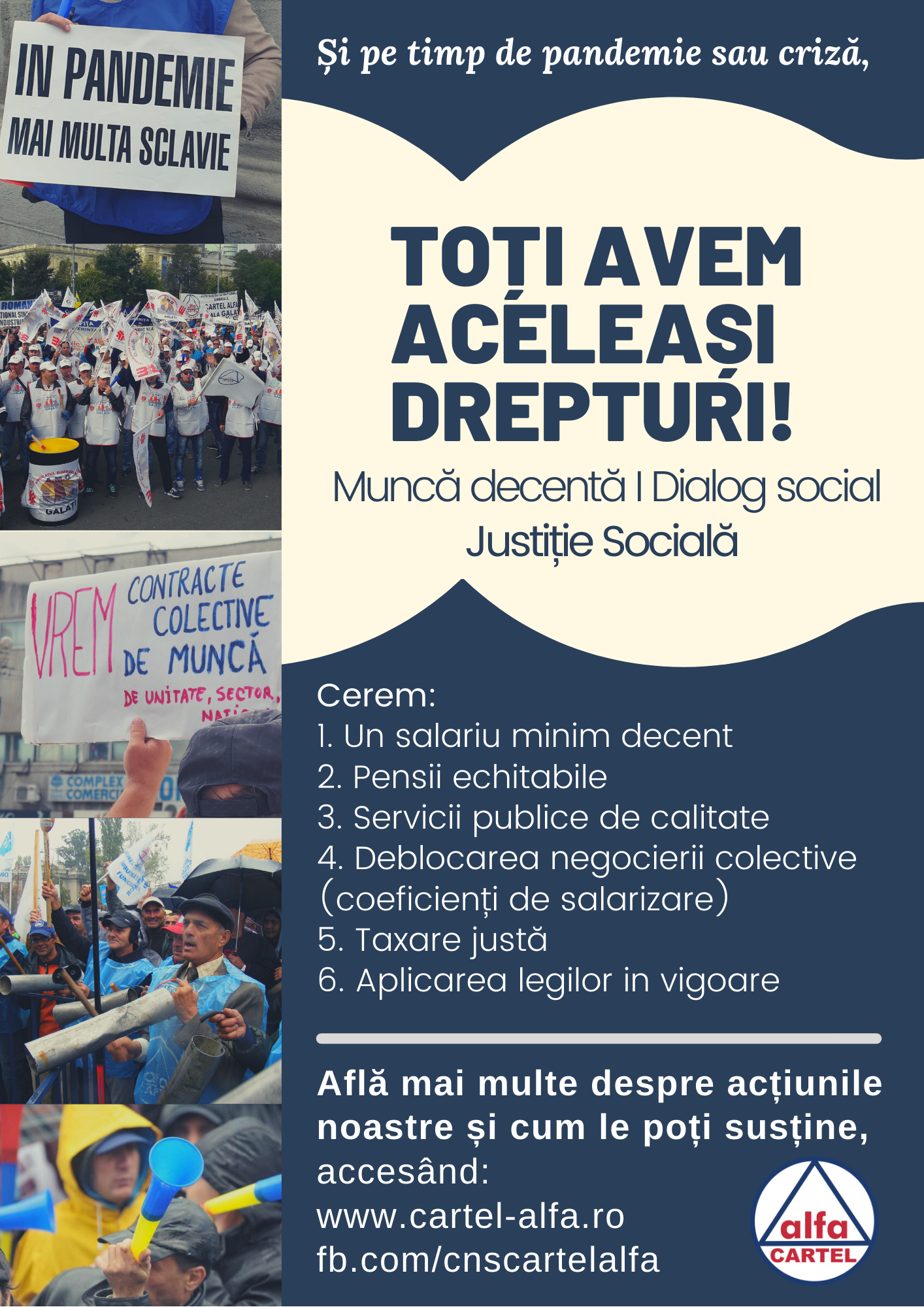 Pictures and more info on our Fb page: fb.com/cnscartelalfa