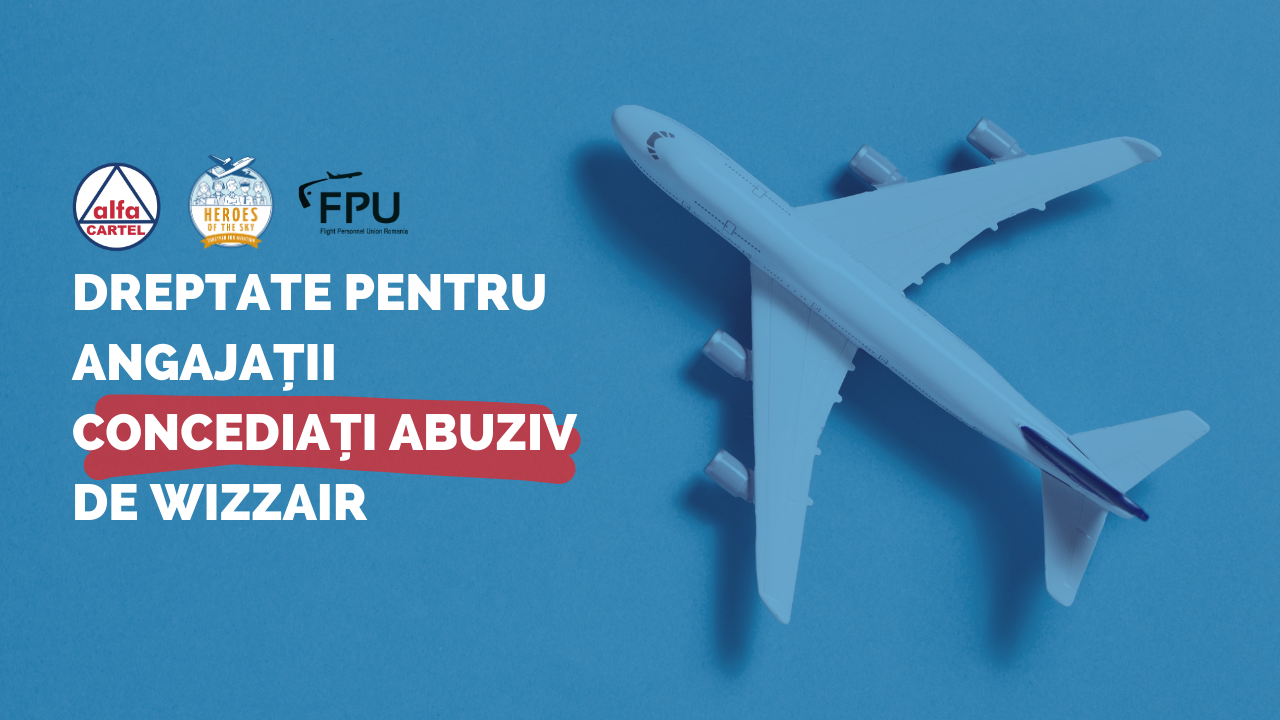 At the start of the coronavirus pandemic, in April 2020, the low-cost Hungarian airtravel company Wizz Air announced that they will reduce the number of their employees by 1000 (around 20% of their entire global workforce). The decision could have been regarded as necessary, due to the major impact of the pandemic on the airtravel industry.

The Romanian Court System doesn't share the same point of view with the company and regarded the furloughs as being improperly justified. The Bucharest Court notes that the furloughs were not based on real and serious reasons, since the company couldn't prove that it was facing a very difficult financial situation. On the contrary, Wizz Air has hired nine new pilots for the same job which was dismissed two months and a half ago.

Additionally, Wizz Air continued to expand their operations, building 15 new bases, adding at least 10 airbuses and establishing 143 new air routes. All of those were accompanied by a major recruiting company. In july 2020, one could have found hiring advertisements for the newly-established base in Bacău, Romania.

According to a Norwegian publication, the manager of the flight department declared: ”We all know those people who are always sick. Christmas Eve, they are sick. New Year`s Eve, they are sick. When you ask them if they could work during a free day - no... My message is that we should do some internal cleaning... We should get rid of the rotten apples”

During an internal meeting, the same manager said that ”we have an opportunity to make the next ten years of management way easier for us. Thus, we will get out of this period more united. We will get out as a force who values the Wizz Air culture and who is easy to manage.”

The same manager mentioned that the pilots who are recruited through a recruiting agency based in the Netherlands should not be affected by the planned furloughs, because ”those are very easy to be control. They have only 24 days off a year and they are incredibly cheap”. Looking back at his statements, we understand that Wizz Air culture is based on maximising profits aat all costs, even if that means sacrificing the rights and the healht of the employees.

According to an Italian pilot, the Wizz Air culture represents pushing your pilots to their limits, while discouraging them to take medical days off. According to him, the pilots who take medical leave to regain their strenght are considered by the company to be lazy. Those that request medical leave are surveilled by the company and can even be reported as not being well-performing, not fulfilling their job as they should.

”It is extremely concerning the fact that Wizz Air has decided to furlough the people who request medical leave. In the airtravel industry, it is mandatory to be physically and mentally well to fulfill the flying mission. There is a risk of creating an environment in which pilots do not have the courage to declare themselves ill, since they fear retaliation.”

The decision to furlough the employees on the 14 of April was contested by Flight Personnel Union Romania (FPU), describing the situation as abusive. One year later, on the 14th of April 2021, Wizz Air is mandated by the Romanian Courts to hire back four pilots and ten flying attendats. This  decision is not definitive and can be fought against by Wizz Air.

This is not the first time when Wizz Air shows its real side with regards to its own workers. In 2014, Wizz Air furloughed 19 employees after those have formed and joined a labor union. In 2020, following a decision of a Romanian Court, the company is forced to pay a fine and to public the legal decision in the national press, as well as in the magazines they distribute to their customers.