The European Caravan of Social Rights arrives in Germany today: protest at the Consulate General of Romania in Munich

The Caravan of Social Rights  (Bucharest - Brussels), a European-wide event organized by NTUC Cartel ALFA, is on its way to Germany. At 13.00, the members of the Caravan will demonstrate in front of the Consulate General of Romania in Muchen, where colleagues from the German Federation of Trade Unions (DGB) will join.

"The message we send at European level is about the need and urgency for Romania to adopt citizen-oriented public policies, through a development policy that abandons the model of low wages and the exploitation of workers. We need an economy that works for all, not just for a few, and for economic growth to be reflected equally in the pockets of the citizens and the quality of public services, not just in the triumphalist figures of the government" said Petru Dandea, general secretary of CNS Cartel ALFA.

From Munich, the Caravan of Social Justice will travel to Luxembourg where a demonstration will take place at the Romanian Embassy, on Sunday, 4 July, at 12.00.

During Monday, July 5 and Tuesday, July 6, the Caravan will be in Brussels, where the agenda includes meetings with European officials and leaders of the trade union movement at European level: ETUC, European trade union federations - IndustriAll Europe, ETF, EFBWW - and Belgian unions)

Thus, the delegation will participate in a series of meetings at the level of the European Commission, with representatives of the Commissioner for Employment and Social Rights and will also discuss with Mr Jeroen Jutte, head of the European Semester coordination unit in DG EMPL.

On Wednesday July 7, the Caravan of Social Rights will stop in Strasbourg, where there would be meetings with MEPs.

The renewed austerity measures, the blockage on social dialogue and the low wage policy are placing the entire cost of the sanitary and economic crisis on workers and the most vulnerable categories of the population. The Romanian Government actions and policies go against the committments that Romania took at European level for a recovery centered on the wellbeing of people, social justice and respect of individual and collective rights.

During the last decade, Romania has known a sustained economic development, reaching in 2020 a GDP per capita of 72% of the EU average (source). However, the growth of the economy has not been transferred to the quality of life, since the main mecanisms for redistribution are blocked:

The strong conditionalities in the legislation adopted in 2011 de facto eliminated collective bargaining at sector and national levels, while at company level collective bargaining and worker representation became extremely difficult. The Committee on the Application of Standards included Romania in its 2021 report among the individual country cases for violation of Convention 98 on the Right to Organise and Collective Bargaining.

The destruction of the collective bargaining system determined a strong imbalance of the wage system, with the concentration of wages at the bottom, where one third of Romanian workers are paid at the level of the minimum wage, a level that does not offer a life of dignity.

The combined effects of these policies were the massive migration of Romanian workers to other Member States. More than 4 million citizens, over a fifth of Romanians left the country in search of a better life, Romania being the major source of migration within the EU. This is a phenomenon generally associated with social dumping, while the migrants themselves are often the victims of various kind of exploatation practices.

We are strongly in favour of the proposed Adequate Minimum Wage Directive and support the proposals of the European Trade Union Confederation for the implementation of the European Pillar of Social Rights. The future of Europe must be based on fair wages and social rights for all its citizens. We also call on the Romanian Government to stop undermining the proposed minimum wage directive, stop policies the push Romanians into exploatation and apply the commitments it takes at European and International levels.

This race to the bottom needs to stop! We need an economy that works for all!

Keeping down the wages and rights of Romanian workers is putting downward pressure on the rights of all European citizens. The unfair competition based on social dumping must be eliminated from Europe. 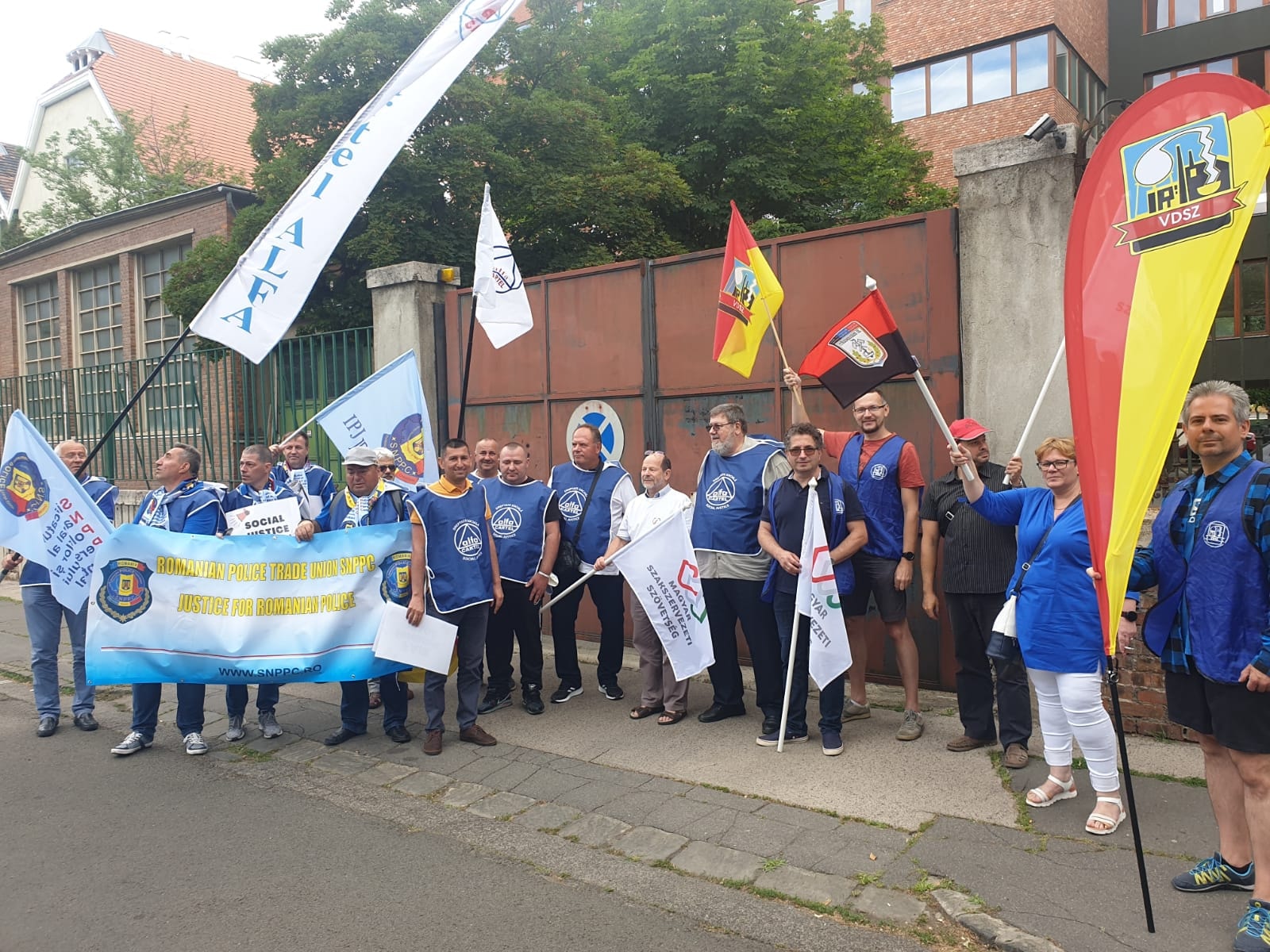 At Vienna, with the colleagues from the Austrian Trade Union Federation - OGB
Together for Social Justice, Decent Wages and Workers Rights! 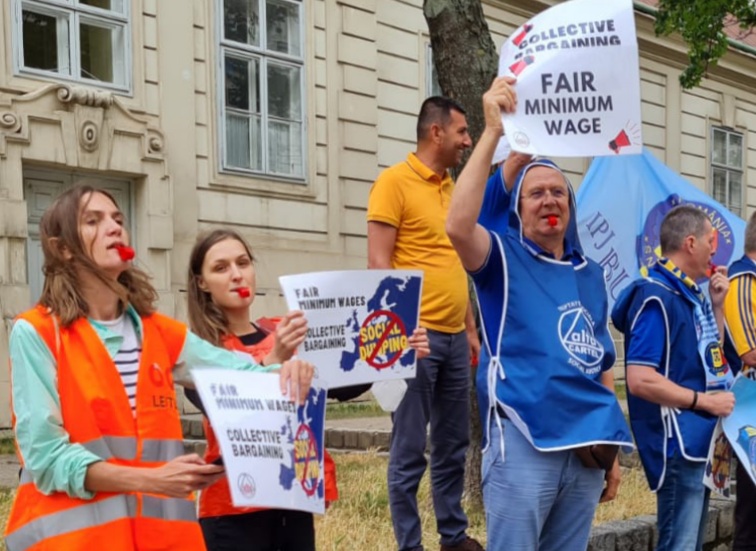 Find more details and photos form the events of the Caravan: here or www.facebook.com/cnscartelalfa